Adding The Personal Touch To Your Business

A helicopter tour can be a fantastic way to see Los Angeles. The pilot can give you information about what you're seeing while you view everything from above. It's also one of the best ways to see the city if you want to avoid getting stuck in traffic; while you could always take a walking tour, that would cover only a small portion of the city. You can't cover large areas without spending too much time sitting in a car on the road in a traffic jam unless you want to be out very early on a Sunday morning.

Helicopter tours have special safety considerations, as you'd expect. While the company takes every precaution possible, they do rely on you following the rules to ensure a safe flight.

Typical helicopter tours take you up in a helicopter that has doors, so you're completely enclosed and not exposed to open air. (Some tours can use helicopters that don't have doors attached, but much of the time those tours are meant for photographers who need an unimpeded view.) Because you're not in danger of suddenly falling out, you might think that you can take off your belt at some point, much like you can in an airplane when the seatbelt sign turns off. Don't do this. The flight is short enough, and the helicopter's movements quick enough, to require you to stay strapped in securely.

Do Not Plan on Holding Children in Your Lap

If you want to bring a small child with you, such as your toddler or grandchild, pay attention to age minimums (some companies require the child to be at least three or four years old) and make sure you buy a separate seat for the child. You will not be able to hold the child on your lap. Should the child become fussy, you don't want to risk dropping the child or letting the child flail about and possibly break out of your grasp.

Provide Correct Weights for All Passengers in Your Group

Helicopter seating is based on weight and balance. Companies will ask you for your weight and also verify it before you board because the helicopters have weight limits. The pilot needs to know exactly how much weight the helicopter is carrying. Please give accurate weights; even though the company will weigh you before you board, you don't want to let the company create an initial seating chart based on the wrong weights. If it turns out someone weighs more than you said they did and they exceed the weight limits, then they either need to pay for a seat on another helicopter or pay for two seats on yours if there is room.

Minimize What You Bring With You

Treat the helicopter ride as if it were a day at an amusement park and you were planning to go on fast rollercoasters. In other words, bring a minimal amount of stuff, and what you do bring should be something you can easily secure and tuck away.

It really isn't hard to follow safety rules for a helicopter ride. If there are particular sights you want to see or views you want to get, talk to the company about a customized tour. 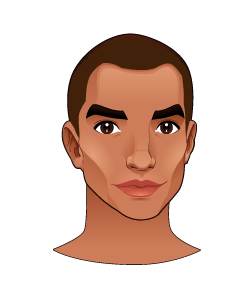 Thank you for visiting my blog! My name is Shelby Sanders. I absolutely love businesses that provide a personal touch. There is something special about a company that knows you by name and that will talk to you about your day as you patronize the business. This has caused me to develop an interest in customer service despite the fact that I am not currently working in customer service. Instead, I have been researching this fine art while also basing much of what I right on my own personal experiences shopping, looking for cars and doing any number of other things. I hope my website is of use to you!